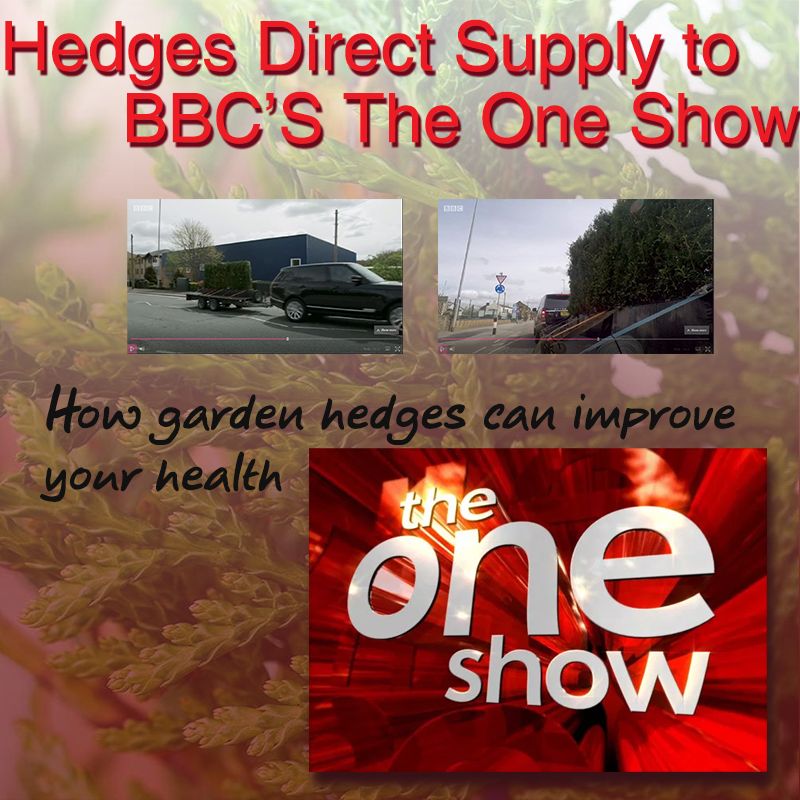 Monday night’s broadcast of BBC’s The One Show featured a 5 minute special on how hedging can help your health, in a way you wouldn’t expect.

Air pollution is a hot topic at the minute with some of Britain’s cities distributing record breaking air pollution levels. One of the main causes of air pollution is the fumes from cars, so city centres and busy roads are suffering more than ever. The One Show visited a family in Leeds ,who live on one of the main busy roads, to discuss with them the effects the pollution is having on them. They explained how they cannot open their windows nor do they even open their curtains due to the dust that makes it way into their family home.

The RHS have recently experimented with how hedging can help reduce pollution levels, especially in city centres, to which they have found fantastic results. The One Show did something similar using our Western Red Cedar instant hedging by placing the hedge outside of the family’s home for 2 weeks.

On their return they wanted to test how much pollution the leaves of the Thuja had trapped and by cutting only a few leaves off, and then filtering the leaves through coffee-filter like equipment, the dust seen on the filter paper is astonishing. Dr tijana blanusa explained how these tiny particles are most harmful to humans as they get trapped in our lungs. She also states that having a hedge near a busy road is enough to trap up to 30 diesel cars worth of air pollution.

The show chose to use Western Red Cedar due to it’s small leaves and being an evergreen species. The height of the hedging also contributes to its effectiveness of trapping car pollution particles with it being at a lower height than trees.

If you missed the show you can view it here https://bbc.in/2oEeYi6