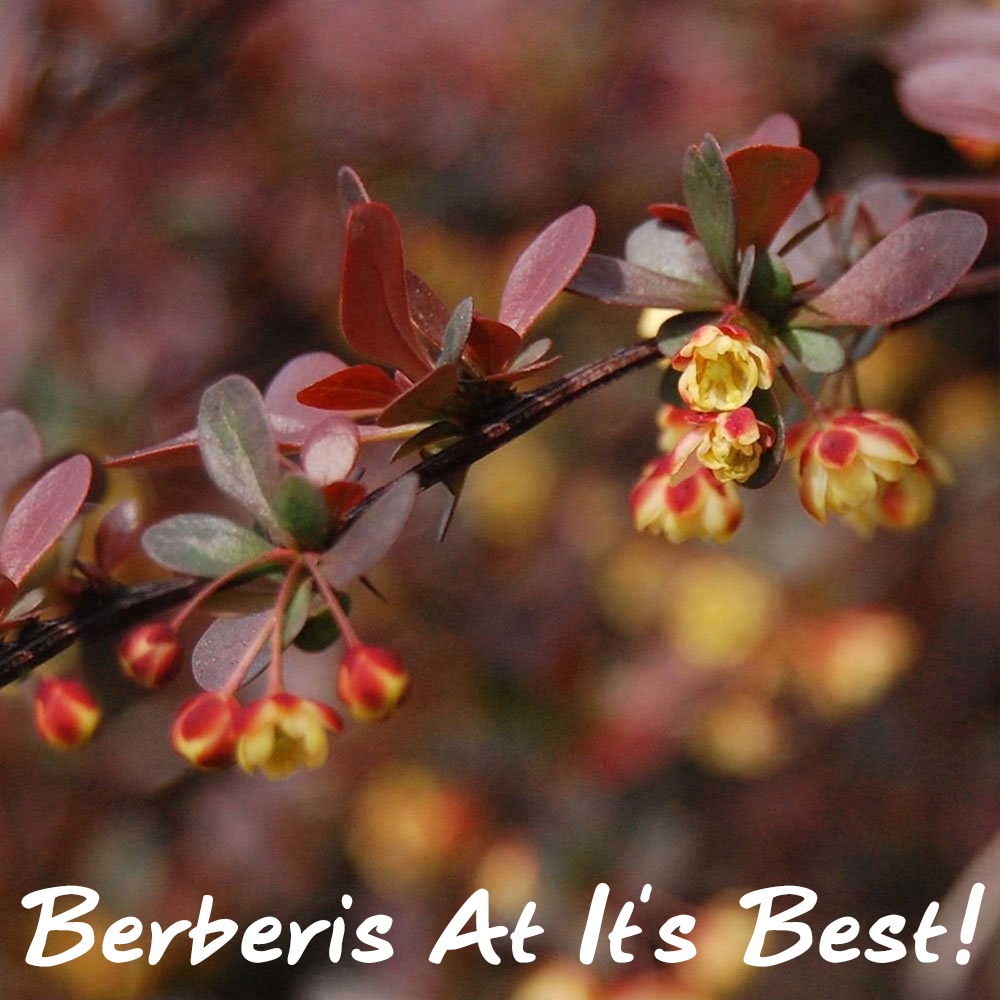 Berberis is such a good all rounder – prickly enough to deter intruders, glorious flowers flourish in spring and plenty of berries in autumn. The Berberis genus consists of a vast number of tall and small plants. With 450-500 species within this large family, numerous cultivars and hybrids are chosen for their characteristics.

Grown for their wonderful visual features such as ornamental leaves, beautiful flowers, glossy berries and seasonal interest, Berberis hedging plants are a great addition to any garden design. Renowned for their aesthetic appearance, these multi-purpose shrubs also have an abundance of uses as their beauty is paralleled by their practicality. The prickly nature of Berberis plants make the ideal intruder barrier as any unwanted visitors will shy away from the long, sharp spikes, hidden amongst the eye-catching foliage and staggered up and down the sturdy branches.

The Julianae looking particularly good at the moment with it’s orange/yellow berries and shiny leaves.

Stenophylla is very similar but has an arching style (you can see a lot of it around at the moment with long arched branches with orange/yellow flower spikes on the ends of them) – it has narrow green leaves.

Both Julianae and Stenophylla are evergreens.

The young foliage of Berberis Rose Glow is held on arching branches, initially purple, then developing pink, cream and silver variegation which last all summer before the autumn foliage turns glowing red before dropping.

It’s a complicated species because the different varieties are so very different (they only thing they’ve all got in common is that they are all prickly) so if you need advice on which one would be best for you, just ask the help desk team or see our ultimate guide to Berberis hedging plants.

Berberis Thunbergii (Japanese Barberry) is compact and slow growing, so they are ideal for low (ideal at up to 1m). Berberis Thunbergii’s green foliage is deciduous, falling after turning shades of orange and red in the autumn.