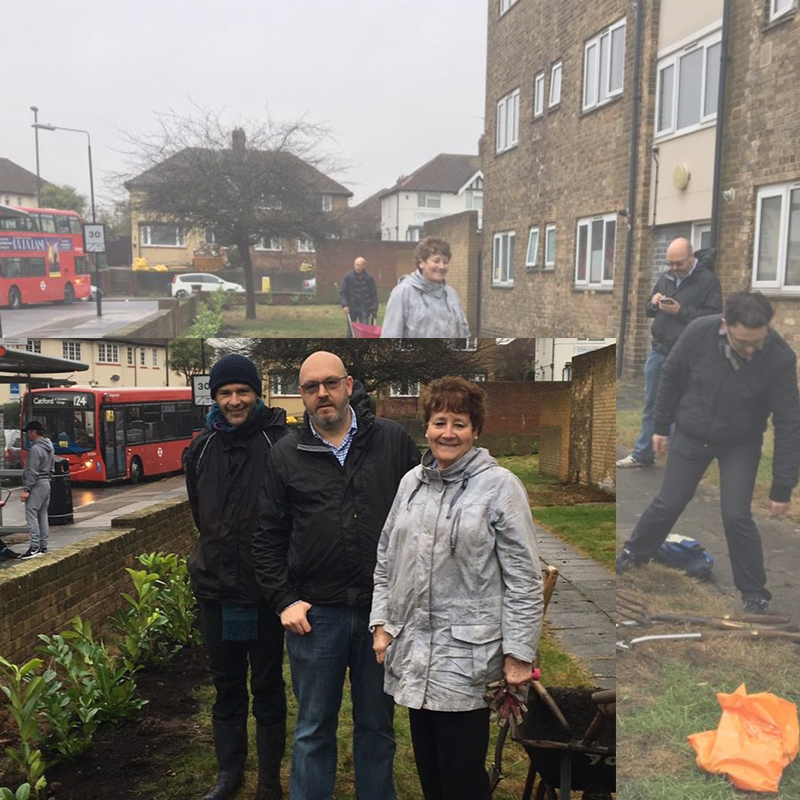 Hedges Direct recently received an order to help a community project in Eltham. The project was run by Greenwich Conservatives and aimed to screen an area on a busy street in order to provide flats with privacy and prevent a build-up of rubbish discarded by the public.

Matt Clare, the Transport and Environment spokesperson for the Greenwich Conservatives was more than happy to share some information and pictures of the mission.

You can see their planting area below, unfortunately, this open area was littered with a substantial amount of rubbish thrown away by passers-by. 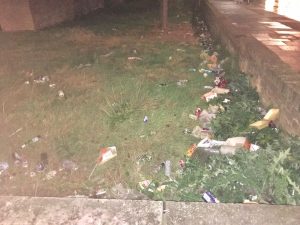 After getting the rubbish cleared up and new bins installed at a nearby bus stop, Matt and his team of volunteers began their work. 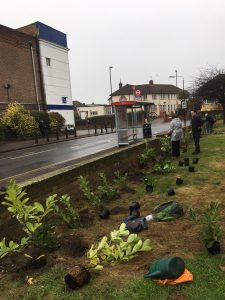 They planted pot grown Cherry Laurel plants in a single row spaced around a foot apart, using a spade to dig a hole big enough to simply take the root system out of the pot and plant into the ground.

Top Tip: It is important to break up the roots once removed from their pots to allow them to travel and find their own space in their new position. 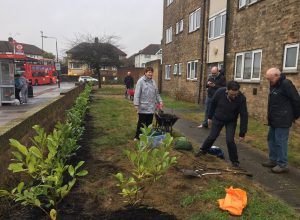 Cherry Laurel plants were chosen for their dense foliage which, when fully grown, will have merged into a close-knit feature that will prevent people from throwing rubbish into the grounds, provide residents with more privacy and help absorb noise pollution from the busy roads.

Being an evergreen species, a Cherry Laurel hedge will keep its lush green leaves offering an effective screen year round. It can either be trimmed to shape to form a more structured look, or left to grow for a naturalistic appearance.

Matt Clare said “Many passers-by spoke to us to share how pleased they were at seeing improvements and a local Facebook group have also been very complimentary. We are speaking with other private landlords in Eltham and very much hope to deliver other projects like this”.

Well done to Matt and his hard working volunteers. 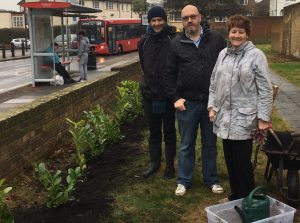 If you have a community project you want to share, get in touch with Daniel in the marketing department by email daniel.bentham@hedgesdirect.co.uk or give us a call on 01257 263873.