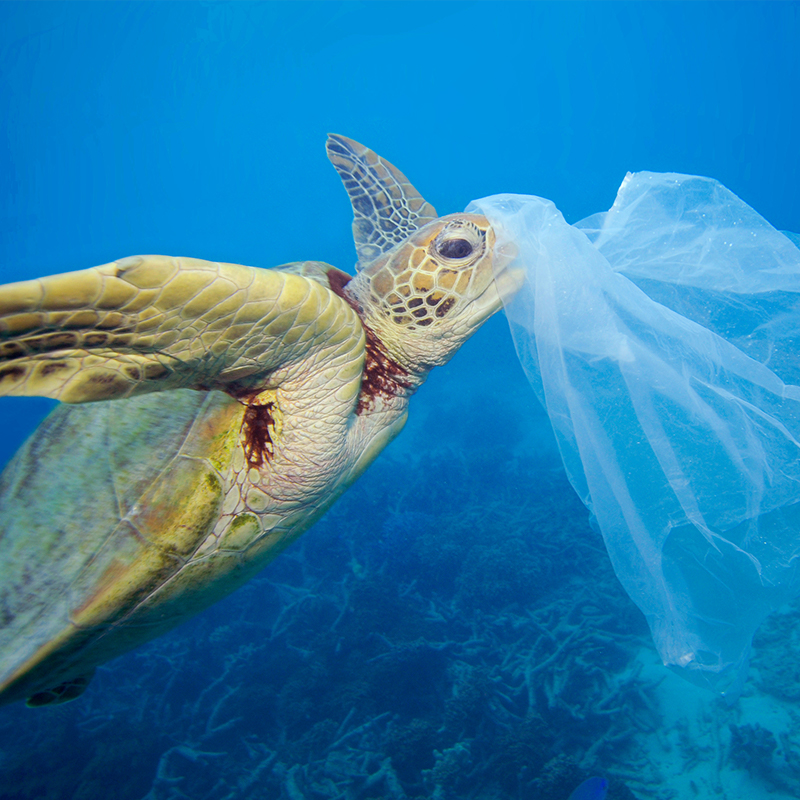 Plastic pollution has reached the very depths of our oceans, according to data released on behalf of Sky Ocean Rescue. “A team led by scientists at Newcastle University has sampled organisms found in six of the world’s deepest ocean trenches.” Taken from skynews.com

In wake of the widely praised Blue Planet II, the topic of pollution in the Ocean and the amount of plastic being found in the deepest layers is a global concern. Plastic is being found inside the stomachs of many creatures and recently it was broadcasted a 5 mile stretch of plastic and waste was found floating in the Caribbean. This just shows the effect we are having on our eco-system with the use of plastic and how it is reaching the most remote and secluded areas, meaning the inhabitants of said areas are digesting materials that are foreign to their digestive systems.

“An estimated 300 million tonnes of plastic now litters the oceans, with more than 5 trillion plastic pieces – weighing over 250,000 tonnes – currently floating on the surface.” Taken from skynews.com

We are consciously told and informed about the effects pollution has on a numerous factors. The health of our Oceans, the air quality we are living in, welfare for wildlife, greenhouse gas contribution, just to name a few. Blue Planet II has shown us breath taking footage of never seen before creatures but it also highlights the deteriorating habitats that they live in,
“The health of our oceans is under threat. They’re changing at a faster rate than ever before in human history.” David Attenborough, Blue Planet II. I think the most disheartening factor is that all mentioned effects of pollution have one thing in common- they are caused by Humans.

Ocean pollution is a hot topic as of late and it is reassuring to see it was one of the main topics discussed in the budget that was announced this week. “The chancellor, Philip Hammond, will announce in next week’s budget a “call for evidence” on how taxes or other charges on single-use plastics such as takeaway cartons and packaging could reduce the impact of discarded waste on marine and bird life, the Treasury has said.” Taken from theguardian.com. This proposal was greatly accepted and commended by wildlife groups. This is in line with the 5p single carrier bag charge that was introduced 2 years ago, which has resulted in a 85% reduction in their use in the first 6 months of being implemented. One of the biggest contributions to plastic pollution is coffee cups. Most coffee cups are lined with a layer of polyethylene which makes the cup waterproof, but makes it difficult for the cup to be effectively recycled, because it can’t be easily separated. Taken from sciencealaert.com The chancellor proposes a ‘deposit return scheme’.

Tisha Brown is an Oceans campaigner for Greenpeace UK and stated that, “Ocean plastic pollution is a global emergency, it is everywhere from the Arctic Ocean at top of the world to the Marianas trench at the bottom of the Pacific. It’s in whales, turtles and 90% of sea birds, and it’s been found in our salt, our tap water and even our beer.”

Fashion brands are also doing their part to help in this global emergency. Adidas have recently brought out a pair of trainers that are made entirely from Ocean plastic and there is an eyewear company called Sea2See Eyewear that is making boutique spectacles from plastic pollution.

“Sea2See employs local fishermen to collect the plastic that accumulates in trawler nets, which is then divided into what can be made into eyewear and what can be sold to other companies which recycle. It takes 10kg of plastic to make one pair of glasses…which given that there’s more than 8 million tonnes of the stuff being thrown into the ocean every year, is a pretty sustainable business model.”

Blue Planet II has done more than just introduce us to the weird and wonderful, viewers have had a front row seat to the damage we are causing to marine life and the devastating effects it is having on the creatures that call the ocean their home. We just hope that with all the new campaigns and legislation’s that are soon the be put into place, we are able to clean up the Oceans and restore habitats before it is too late.

Blue Planet II is shown Sundays on BBC1 at 8pm.