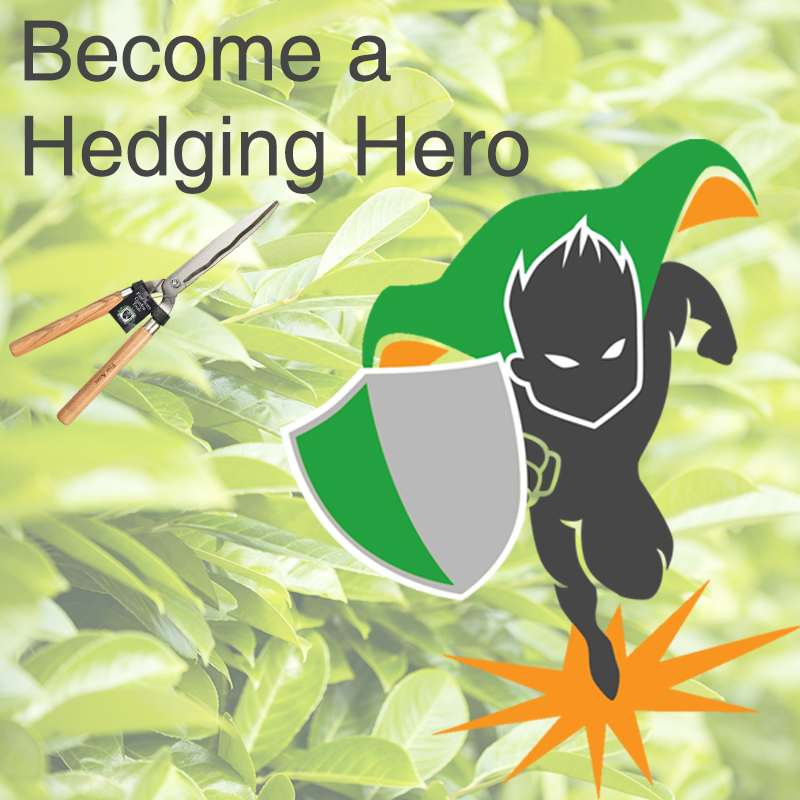 When to prune? How to prune? How often to prune? Am I cutting too much? Am I cutting too little? What are the best tools to use? …Are all questions we get asked regularly here at Hedges Direct so we thought we would explore the complicated world of hedging pruning. Pruning stimulates dense growth and reduces the plants natural tendency to grow as rapidly as possible, which would lead to a thin, sparse hedge.

Deciduous hedging is pruned in Summer to stop plants becoming unruly, this is considered maintenance pruning. In winter, deciduous shrubs, which shed their leaves, can be reshaped by cutting back hard. Most deciduous woody plants, including beech and hornbeam put on two flushes of growth in a year, one main flush during spring, and a second, smaller spurt during late summer. Ideally, they should be trimmed back after each flush to keep them tidy.

Beech and Hornbeam (carpinus betulus) hedging is best trimmed in August or September, as this will enhance the winter appearance and help to keep leaves on the branches for longer. Cut both hedges again in February if you want to keep them crisp. Tackle any major pruning as the plants go dormant and don’t prune in very dry weather.

Deciduous flowering hedging plants such as Rosa Rugosa are pruned in spring, when you simply thin out any leggy growth. Hedges such as Hawthorn and Hazel can be trimmed between June and September.

Evergreen plants like box and privet are often grown as hedging plants for their ability to cope with close trimming to create a dense stable mass of woody stems covered in foliage.

Most evergreen hedging plants are vigorous shrubs and trees, which can be pruned at least twice a year, though more frequent cutting will create a denser hedge. By trimming in late spring and early summer, the young soft growth is targeted, which us easy to cut using shears or a powered hedgetrimmer. You could also cut later in summer, though this will result in a looser hedge which needs a more time-consuming cut with secateurs.

See gardeners world 5 step guide on how to trim an Evergreen hedge.

Most people say it’s best to use secateurs or hand shears, so you don’t tear into the leaf, making it turn brown. Whichever tool you choose, prune back the new long shoots at an angle to two or three leaves from its base.

When you start pruning a large hedge, trim from the bottom to the top. This is very important, as it allows more sunlight to reach the bottom of the plants.

You’re aiming eventually to have cut the hedge into an A shape; the slope you create is known as a ‘batter’. If you just cut upwards in a straight line, the top of the hedge, which always gets more sunlight anyway, will shade the base and you’ll have a plant that’s weaker at the bottom.

If you’re cutting a formal hedge it’s worth putting up a line string to keep it level. Set the line of string by eye  or by measuring from ground level on each cane, ensuring that the string is the same height all the way along. If there are any dips in the hedge that fall below the line, leave them uncut so that they can fill out.

To minimise damage to individual leaves, hedging plants with large leaves, such as Hornbeam, are best cut with secateurs rather than shears or a hedge trimmer. The extra time and effort is worth it, if the hedge is in a very visible position. When using a hedge trimmer or shears you end up with a lot of cut leaves and these can turn brown and unsightly in hot weather.